So here’s a fun author fact: a book’s official release date is often referred to as “pub day.”

This is not because authors tend to go straight to the nearest bar and order way too many cocktails while they brace themselves for reviews. Although I admit that idea has some merit. But most of us wake up on pub day and sprint to the nearest Barnes & Noble so we can find our books on the shelf.

(My pub day for DECKED WITH HOLLY. No drinking was involved in the making of these photos.)

But to the best of my knowledge there isn’t an industry term for the one year anniversary of  a book.

Because tomorrow marks my AWKWARD pubversary!!!

That’s right: exactly one year ago I was a college student freaking out over her debut novel.   One year ago maybe five people (excluding my relatives) had read AWKWARD.

One year ago I feared my debut would look a lot like this:

Honestly, I think if you’re not afraid of getting this response there might be something wrong with you.

(Nervous author in the Serengeti. My resolution was to avoid being eaten by a lion.)

And now that I look back over everything that has happened this year…I’m kind of speechless.

Here are just some of the highlights:

I laughed really hard when I saw this in my own hometown. 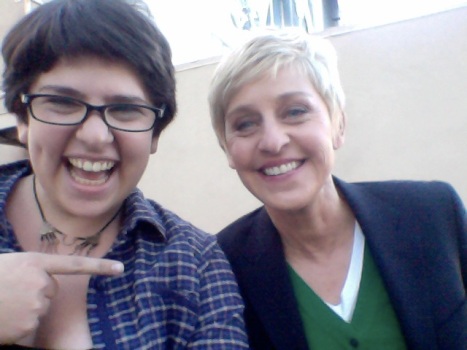 My mom opened a fabulous quilt store in Ashland, Oregon called Sew Creative. And she  asked me to be a bobbin in the 4th of July parade for her.

“Now who could have done that, I wonder?” 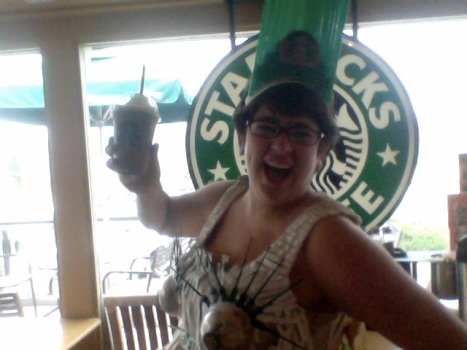 I was going for a Statue of Liberty meets Starbucks meets heavily-caffeinated Marni look. I think it worked…

I failed to get my driver’s license…

“I swear, I wasn’t driving over the speed limit!”

I graduated from Lewis & Clark college! 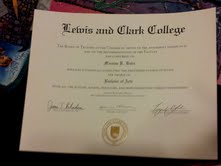 Certified college graduate and everything!

I went to the Romance Writers of America conference! 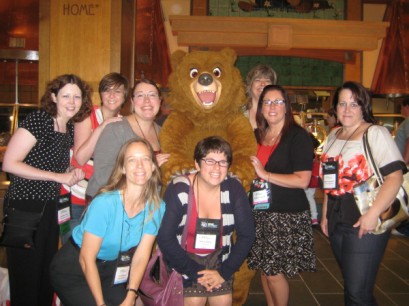 I also got to hang out with all of these incredibly talented authors!

My short story EPIC REVENGE was published in the Magical Mayhem anthology!

I found out that Disney wants to option AWKWARD as a made-for-TV movie!

DECKED WITH HOLLY was published and I seriously improved at making book trailers!

AWKWARD is going to be translated into Portuguese, Spanish and Hungarian!

(I don’t have a picture for this, but I am super excited)

And I finished writing my first draft of Chelsea’s book, NOTABLE! I’m almost finished with my first round of editing too. So that feels pretty darn great.

Honestly, this has been the most amazing year for me. And the best part has definitely been you! The love and support I have received is just…incredible.

So thank you for the best pubversary a writer could ever wish to receive!

As a sort of pubversary present you can win a copy of DECKED WITH HOLLY from the lovely Kathy at her blog I Am A Reader, Not A Writer.

She also asks me some fabulous interview questions that I hope you will all enjoy!

And don’t forget to check out all the other stops in my DECKED WITH HOLLY blog tour for even more chances to win!